Approximately one in 700 babies in the United States are born with a cleft lip or a cleft palate. If someone is born with a cleft lip it means that they will not have a complete upper lip due to a malformation while they were in their mother's womb. Sometimes a cleft lip is combined with a cleft palate where the roof of the mouth has also not formed correctly. Since these two structures are so close in relation to the nose, surgery to correct any deformations in the nose (a cleft rhinoplasty) is performed as well.

For the most part, a cleft rhinoplasty is part of the initial surgery that a child will have to correct their cleft. Surgery is usually recommended within the first 12 months of a child's life, though they are most often performed within their first 3 months. After this initial rhinoplasty for the cleft (if all goes well), most physicians recommend leaving the nose alone until the face stops growing. This is usually between the ages of 14 and 18 years old. At that point, a secondary rhinoplasty can be performed.

If you are a parent of someone considering a secondary cleft rhinoplasty, here are a few reasons why it may be a good idea.

Due to the cleft, it is common for the septum of the nose to be uneven, causing one nostril to be larger than the other. This can cause some breathing problems and should be monitored. Having the septum surgically altered usually results in more even nostrils and improved breathing.

A frequent challenge of individuals that are recovering from a cleft palate is that the bridge or dorsum of the nose tends to lean towards the side of the cleft, which can cause the tip of the nose to point off to one side. Correcting this problem gives the nose a more straight, symmetrical look.

Many people who have suffered from a cleft lip or cleft palate are self-conscious about how it has affected their appearance. This is especially true when the nose has been affected. A secondary cleft rhinoplasty has been shown to greatly improve aesthetic appearance, which also improves one's confidence.

In conclusion, choosing to undergo a secondary cleft rhinoplasty can greatly improve both your child's appearance and functioning. Talk to your doctor about how and when it would be best for your child to proceed. 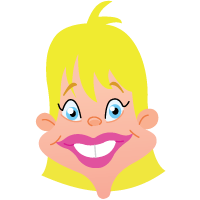